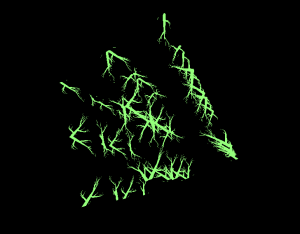 I have been working intensely on my prototype for the past couple of weeks leading up to the midterm presentation.  I thought I would get especially helpful information out of the creation process and the playtesting feedback if I created a longer experience. I had a lot of questions related to how things like expectation and meaning were going to be built up over multiple scenes.

The creation process was really helpful and even if time constraints made me settle on certain ideas, it was important that I materialize them rather than spend too much time trying to think of better ones. In addition to giving me a better understanding of the project, the creation process also helped me to generate new and possibly more feasible ideas. Moving forward, I plan to jump more quickly into prototyping. As I’ve learnt, this is especially important for a project with a lot of weirder, frustratingly intangible story and mechanic ideas.

It seemed as though every story idea I had was good in some ways but didn’t fit in other ways, because I had a massive list of criteria, and I was really afraid of the story not working.

I eventually stuck to a loose story structured around ideas of isolation, loneliness and fear of the unknown. The character goes from homesickness to curiosity to fear, and finally to empowerment. I charted out the steps of this journey, which move through Reality, Memory, Fiction, Dream and Imagination. I noted important transition moments- eg.: moments where the character is losing control require more automatic transitions. I also made note of important visual elements to draw attention to and potential colour schemes.

So far, I’ve touched on Reality, Memory and Fiction in my prototype. The last scenes have been planned out. Visuals will become more abstract and the world will shift around the player without regard for what the player is doing. However, a simple perception-based puzzle will let the player regain control and return to reality. These remaining scenes will probably only take up less than a third of the game.

I’m not sure whether players will ever get a clear idea of which world they’re in, but they will each have their own distinct characteristics

For example, a characteristic of Fiction will be a lot of intentional framing of important elements that can only be experienced from a certain view and horizontal symmetry. I want to hint at the idea of an illusion or constructed fictional world not only through  what’s being represented (eg.: magic or dragons or archetypes) but also through how things are represented. It is fun to play with some of the representational conventions of storytelling media that are coming a lot in my academic research. 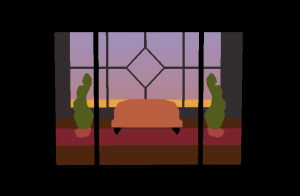 In contrast, the Memory world will be less stable, and more distorted. 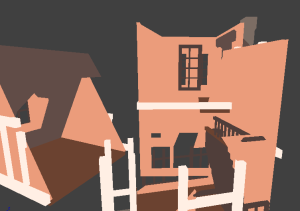 What happens if the transition between worlds is really smooth or gradual? There’s no moment of blackness or fade-out to separate the scenes in the player’s mind.

One thing that could work, at least to differentiate between two different places, is to put a reference to the first place somewhere in the viewable distance of your second place. You thought you were on the raft, but now that you see it far away, you may be somewhere else. 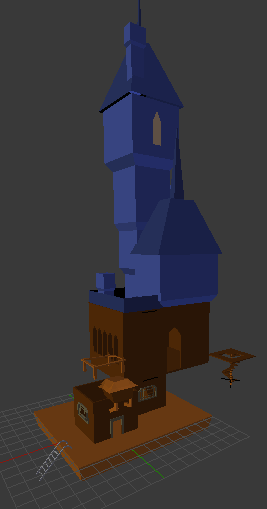 Creating repeating references to objects and giving them a progression (eg.: from floating to sinking) helped to create story. It was certainly fun to create these elements, and fun to imagine their implications, but it was a story that wasn’t influenced by any of the player’s actions. For now, these visuals build more of a contextual story world. More playtesting may be important to figure out how much involvement in the story is important to give the player.